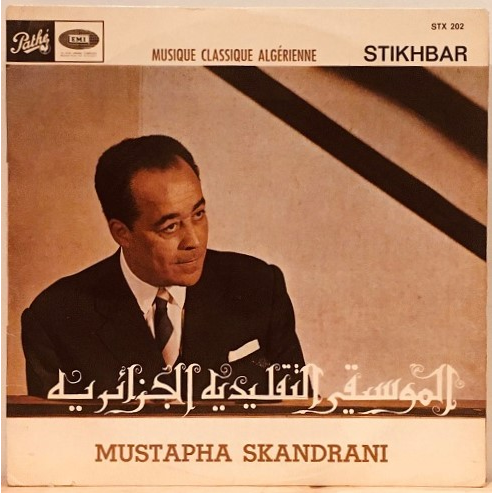 Legendary Algerian musician Mustapha Skandrani was conductor of the Opera in Algiers and of the National broadcasting orchestra. Like Lebanese producer Abdallah Chahine he was also famous for adapting classical Arabic and Andalusian music to piano like he does on this rare LP released in France.
Solid VG sleeve has seam wear, some dirt, tears and writings at back cover. Front looks OK. Record with scuffs, plays with surface noise. Still a very enjoyable copy!