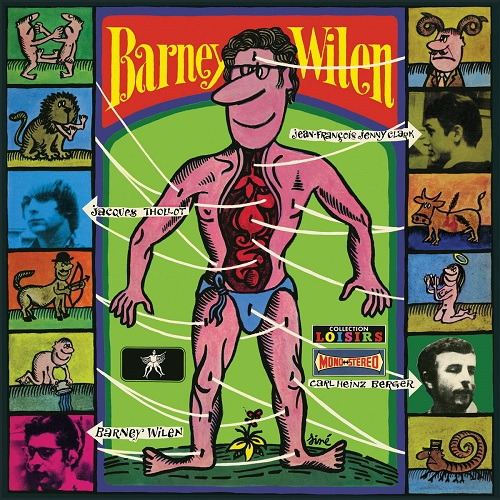 "Reissue of the 1966 cosmic, free jazz album Zodiac by French saxophonist and composer Barney Wilen. The album's astrological theme and Robert Crumb-esque comic-book style cover art, illustrated by the renowned cartoonist Siné, marks it as a European parallel to the burgeoning counter-cultural happenings of the same period in the USA.
The reissue also offers tantalising glimpses of a projected animated tie-in film that never was. Wilen's friend, the experimental artist and photographer Jean Larivière, who during the 1960s would share projects with Salvador Dali and assist Chris Marker, had concocted a surreal superhero screenplay featuring living landscapes and abominable monsters which he wished to create as an animated representation of Zodiac. A synopsis of the screenplay survives along with sketches and photographic inspirations which have been lovingly compiled by We Are Busy Bodies as an insert to the vinyl edition.
Originally released on the Disques Vogue label in 1966, the album has been restored and remastered from Barney Wilen‘s personal copy of the album." (WABB)